This fall, the Sioux Falls Post 15 Baseball Program will be conducting tryouts for players interested in participating for a Sioux Falls Post 15 Advanced Team in 2023.  Tryouts will be conducted by SF Post 15 coaches and SEBA staff for eligible athletes interested in playing on a Post 15 team. If you cannot attend, it is imperative that you contact the SEBA office.  Post 15 Senior Legion players who are currently participating in a college baseball program are still eligible to participate for a Senior Legion team if D.O.B. is after January 1, 2004.

Make up tryouts will be August 29th before the tryout game. If you must set up a different time please let Jeff Campbell know in advance. 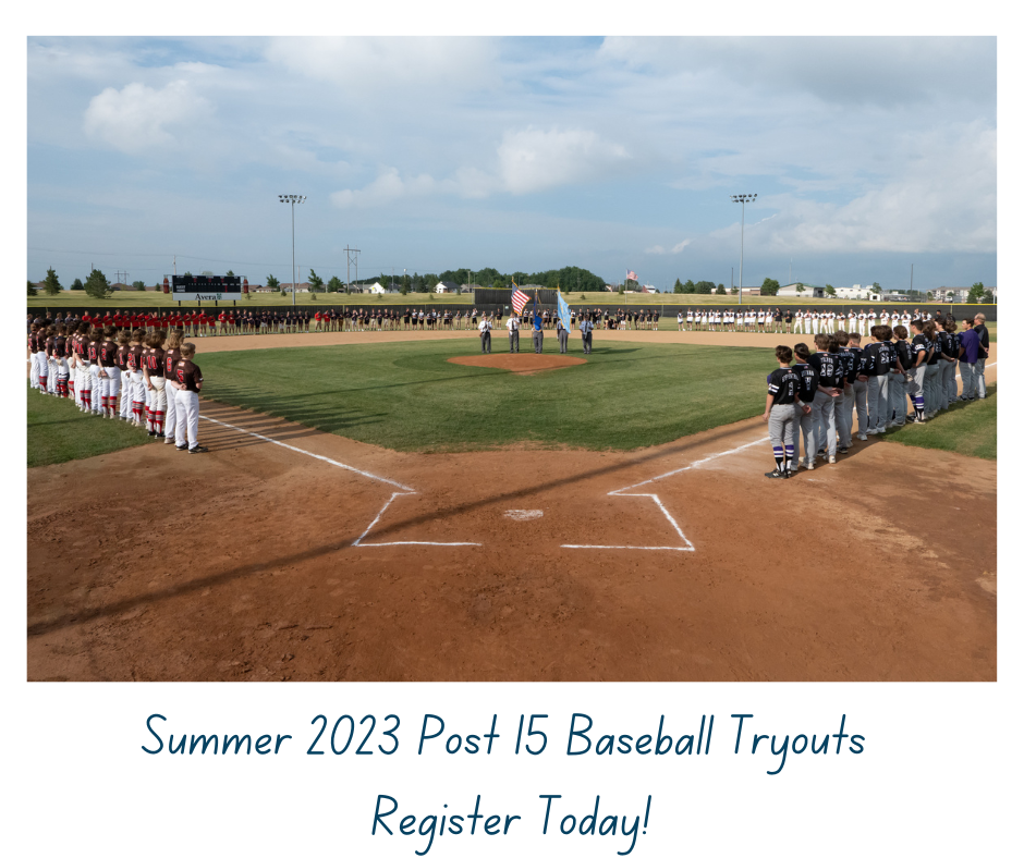