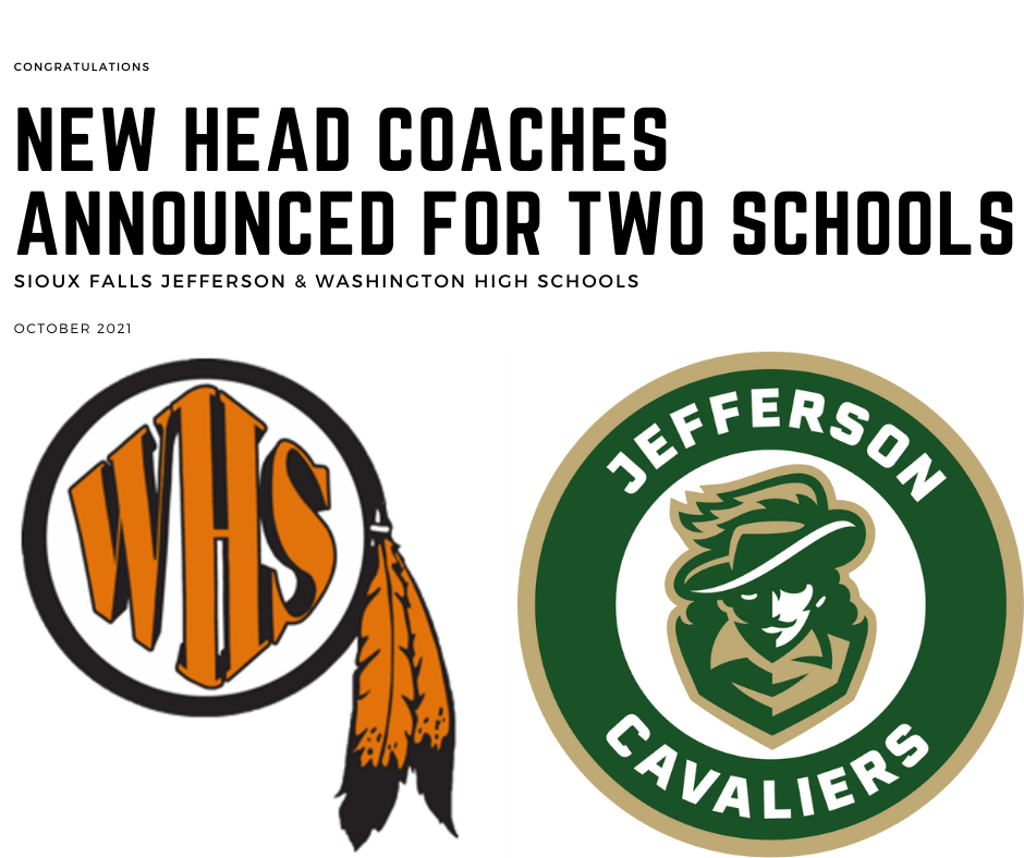 Two new head coaches have been named to lead the Baseball Programs at Jefferson High School and Washington High School.

Brent Thurlow originally hails from Atkinson, Nebraska and is reliving his glory days working for Sioux Empire Baseball Association and his coaching.  He has coached with SEBA for the past 5 years expanding from 14U to Legion and was previously coaching at SF O’Gorman. An avid Husker and Cubs fan, Brent considers himself a faithful fan despite hardships and mediocrity. He spends most of his time making up songs, talking sports, raising two future ballers, and finding ways to get his wife to roll her eyes at him. After high school, he attended the University of Nebraska at Kearney and graduated with a degree in Social Science Education. Brent has taught for over 10 years in Texas and South Dakota. Brent currently teaches at Joe Foss Alternative High School here in Sioux Falls. He is excited about his new opportunity as the Head Varsity Coach at Washington High School.

James Borges will be spearheading the new baseball program at Jefferson High School.

James Borges brings a wealth of knowledge from both a coaching and a players perspective that will serve Jefferson Baseball well. Borges was a three time all-conference performer at Fallbrook Union High School in San Diego, California. He was also a player of the month recipient his senior year. He then went to Palomar Community College in San Marcos, California until he landed at the University of Sioux Falls (USF) as a sophomore. He earned all-conference honors both his junior and senior years at USF. He also received a gold glove award from the Great Plains Athletic Conference (GPAC) his senior year. In 2010, Borges started his coaching career with Brandon Valley where he led the Jr Legion team to their first state quarterfinals. Later, he served as an assistant coach at USF for the 2017 and 2018 seasons where he coached infield and served as the Head Coach of USF’s JV squad. In 2018, Borges’ passion for coaching and teaching landed him a role as a lead instructor at Sioux Falls’ indoor baseball facility, and continues to spread both his knowledge and love of the game through lessons and clinics. In 2020, Borges coached Harrisburg Legion Baseball and brought a 30 win season to the association.

Borges continues his baseball career playing in South Dakota’s Amateur Baseball League. He played a major role in the Sioux Falls Brewers 2019 and 2020 campaign to the State A Amateur Baseball Championships hitting lead off and playing second base. He was later honored by making the all-tournament team both years.

Borges currently resides in Sioux Falls with his wife, Caitlin, and daughter, Ruby.